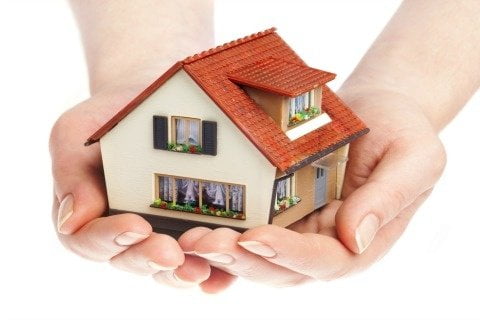 "The Boy Who Cried Wolf" is used to teach children about the consequences of lying.

However, it is also relevant to homeowners and the repercussions of false alarms. Here's how...

Chapter One - The Dangers Of DIY

There once was a family from Southend, Essex, who lived in a nice house on a safe street. Or so they thought.

The Dad, Peter, cared greatly about his family so decided to buy a DIY burglar alarm kit from a local electronics shop to keep his wife and baby safe when he was across the country for work.

The salesman in the shop said that the standard 'one size fits all' kit had everything he needed to keep his home secure.

Peter was great at fixing leaky pipes and wonky shelves, so how hard could it be? He found a 5 minute YouTube tutorial that taught him how to install the burglar alarm and, after a bang of the hammer and twist of the screwdriver, he considered the job well done.

Little did he know the dangers of DIY and the consequences his money-saving scheme would have on his family.

That night, when all was calm and still, the family were abruptly awoken from their slumber by the howling of the alarm! Peter and his wife, Alison, jumped out of bed immediately to tend to their now-screaming baby.

Peter slowly made his way down the staircase with a golf club gripped firmly in both hands. Fear overcame his body as he prepared to face any homeowner's worst nightmare: A burglar - who is probably built like a brick outhouse and armed to the teeth... gulp!

With the faint cries of his baby and wife in the distance, he rapidly flicked the light on, raised his golf club in the air and shouted: "Who's there!?"

There was no reply. After a quick lap of the house and some more shouting, he realised the house was exactly the way they had left it before bed.

He tapped in the security code to disable the burglar alarm that, by now, had woken the entire street.

After a few phone calls from concerned neighbours and a bedtime story to get the baby back to sleep, Pete and Alison could finally relax. It was just a false alarm and it probably wouldn't ever happen again, right?

A few weeks later, all was well and the family hadn't experienced a false alarm again. Peter had an important business event to attend in Germany and would be away for 5 days. He explained to his wife how to set and turn off their new DIY alarm.

The first night he went away, all hell broke loose. The alarm went off at silly o'clock again and, this time, the neighbours sounded a little less concerned and a little more cross.

Two days later, another false alarm. Now, several of the neighbours were banging on the door and demanding that they get the alarm checked by a professional as soon as possible.

After all, a professional installation would have prevented all of this hassle. Not only to the homeowners, but to the whole street!

Alison didn't know much about home security so she decided to wait a further 2 days until her husband was due to call a professional security installation company.

The next day, Alison decided to take a trip to the local supermarket to stock up before Peter's return home the following day. She got the baby ready and set the alarm before leaving the house, the way Peter had shown her.

Little did she know that the neighbourhood burglar was lurking behind a bush across the street, analysing the state of their home security. 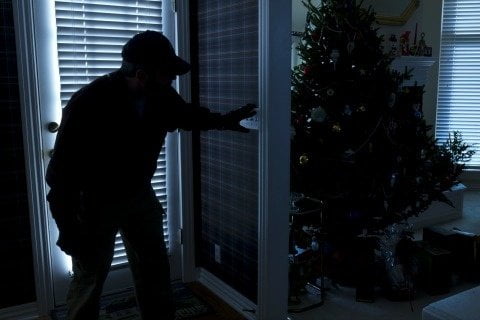 The burglar could easily tell that the alarm bell box had not been fitted by a professional, it was too low down on the wall.

He had spent years carefully deciding which houses to target based on the pedigree of the system.

He knew all of the give away signs of a DIY job such as poor positioning and the cheap brand of the system. It definitely wasn't one of the SSAIB or NSI Gold accredited systems that the Police recommend, that's for sure!

After evaluating the (near) non-existent risks, he broke in and disabled the alarm in under 5 minutes. And in under 8, he had already ransacked their home and left.

The neighbours heard the alarm and didn't bat an eyelid because the alarm had been going off all week.

Neither the Police nor the alarm company were contacted because Peter had opted for the DIY option without an Alarm Receiving Center. A professionally installed and monitored system could have had the Police arrive within minutes...

The sense of peace of mind was as false as the unnecessary alarm activations.

Alison returned to a nasty surprise. Their most valuable, irreplaceable items were gone. Their property suffered thousands of pounds of damage. Their home had been invaded by a stranger and their sense of security had been stripped away. Horrible.

So, like the boy who cried wolf, their true alarm was ignored in time of real danger.

The Cheap Option Isn't Worth A Lifetime Of Regret

Burglary is a real threat and we are reminded regularly when we are contacted by families like Peter and Alison who have already suffered a break-in.

Often it's because they chose to take a job for the professionals into their own hands, and 21st century burglars are smart enough to tell the difference.

False alarms are a tell-tale sign that your system is faulty and needs to be checked by a professional and possibly replaced.

Don't put your family at risk, invest in a quality alarm system from an SSAIB and NSI Gold accredited company.

Together, we can beat the burglars! Click here or tap the image below to take our quick quiz and discover how safe your home is right now! 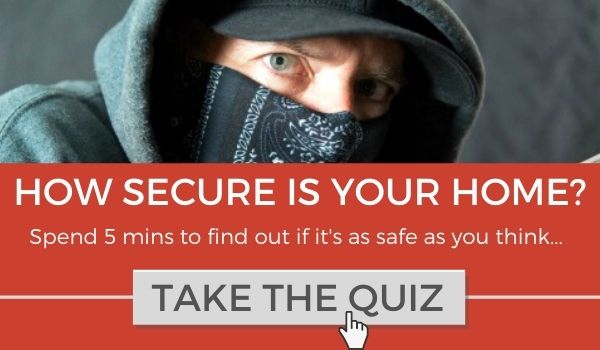 Get Your Quote
This blog post is provided for general information only. It is not intended to amount to advice on which you should rely. Call Blake's on 01702 447800 to speak to one of our professionals for specialist advice before taking, or refraining from, any action on the basis of the content on our site.

Although we make reasonable efforts to update the information on our site, we make no representations, warranties or guarantees, whether express or implied, that the content on our site is accurate, complete or up to date.

Get Your FREE Quote

Many people leave their homes vulnerable to burglars. Thankfully there are a number of simple, common sense things to put in place to keep the burglars OUT!
Download my checklist 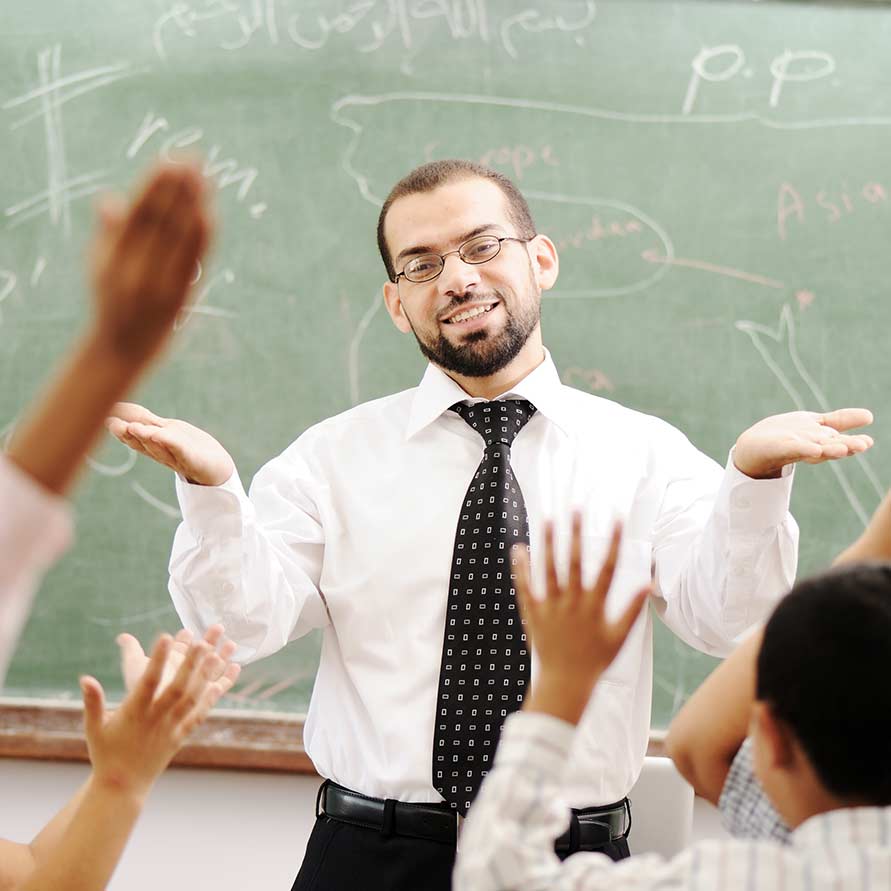 Read how installing an easy to use, reliable access control system allowed the reception staff to fully control entry to the entire building. It helped with the school's improved Ofsted rating too!

Why you should choose Blake Fire & Security to design, install and maintain your Fire and/or Security system, including Fire Doors.
Long track record - our family-run firm has been installing fire and security protection across four decades. We're not going anywhere. Your guarantee will be honoured!
Dedication to Accreditation - if we're not qualified to provide a service we won't offer it to you! Simple.
Experience & Expertise - we're professional and fully qualified so you get the system that is perfect for your circumstances.
Who is in your home or premises? - your engineer is always trustworthy, polite and fully qualified, with regular checks to ensure this.
Quality workmanship and service - we're passionate about your security, our standard of work and the way we deliver it to you.
Blake Fire & Security Systems have BAFE, NSI Gold, SSAIB and BM Trada approval! This means you get:
Bespoke systems - designed to perfectly fit your family's requirements or the needs of your business.
Highest quality systems and equipment - we only use the best quality, industry-approved equipment to provide protection that last and look good.
Police and Insurance recognition - our work is guaranteed to be of the highest standard, both Police and Insurance companies acknowledge this.
Regular and reliable monitoring and maintenance - ensure your Fire and/or Security protection is working in your time of need AND someone is always watching over your home or business!

Please submit your enquiry using the form below.